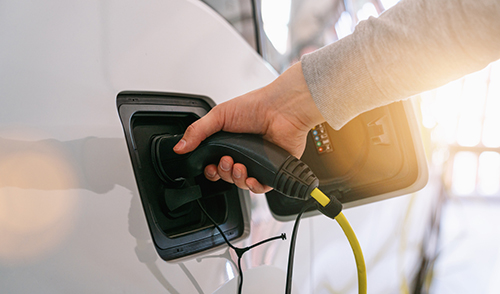 Still on the fence about making your next car an electric vehicle because of its sticker price?

An MIT cost calculator may spark you into thinking differently about your next car purchase.

New data published in late January from Massachusetts Institute of Techology’s Trancik Lab calculated both the carbon dioxide emissions of vehicles and their total lifetime costs to see which vehicles were gentlest on the planet and consumers’ wallets long term. The MIT researchers found that electric vehicles currently on the market are often cheaper over time owners use them than the gas-fueled cars most folks still purchase.

There is no doubt which class of vehicles pumps fewer climate-altering carbon dioxide molecules into the atmosphere. That competition is easily won by electric vehicles, even in regions where most electricity is not generated by renewable sources and despite the fact that battery production for the vehicles does contribute to carbon pollution. (Electric vehicles’ carbon savings offset those made in their creation between 6-18 months.)

According to MIT, however, hybrids, which run on gas and electric, offered a mixed result, with some resulting in the same costs and carbon pollution as their gas counterparts while others pollute less and cost less.

As the result, the Tesla Model 3, which costs $11,000 more than a Nissan Altima, will ultimately cost its owner less over its lifetime. The Tesla, with all of its costs averaged over its lifetime, sets owners back $426 per month; in contrast, a Toyota Camry XLE, after factoring gas and maintenance costs, runs $449 per month but contributes to climate change twice as much as the Tesla.

Among the cars with the lowest monthly costs were the compact cars the Nissan Leaf and Hyundai Ioniq at just over $300. Both are less expensive and less polluting than a Honda Civic, whose total expenses run closer to $350/monthly.

The savings cited by the MIT study are likely even better in Florida, which has very low electricity rates compared to other parts of the country. As electric vehicles’ battery prices continue to drop, the savings in coming years, as more car companies offer electric models and their market share expands, will also increase.

In the market for a new car this year? Run your monthly costs and the climate impact of your preferred gas car, and its electric alternatives, at MIT’s Carbon Counter at https://www.carboncounter.com/#!/explore.