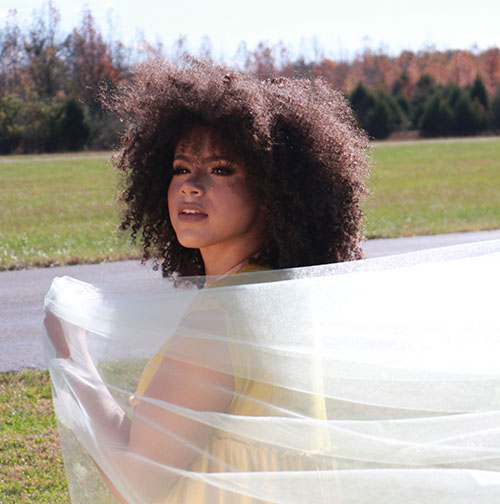 Former Westchase resident, Julie Williams, is making waves in the country music scene with soft but powerful songs that capture the soul of growing up as a mixed-race child in the South.

Julie, whose parents Beth and Michael still live in the Greens, is a 2015 graduate of Robinson High School and was featured on the cover of the WOW that same year as a WOW Scholar. Julie went on to attend Duke University. While studying at Duke, she was signed to Small Town Records whose alumni include Mike Posner and Delta Rae, and sang as a vocalist for the Duke Jazz Ensemble. In April 2019, she released her debut EP, Lovecycle, earning a feature in People of Duke Arts that same year. After graduating with a public policy degree in 2019, she moved to Nashville, where she became a regular host of The Song Suffragettes, Nashville’s premier collective of female singer-songwriters, and performed her upcoming single Southern Curls at the State of Tennessee’s 100th-anniversary celebration of the 19th amendment. She was named in Rissi Palmer’s Color Me Country Class of 2021 and featured on She Wolf Radio’s Ones 2 Watch list. In April 2021, she was featured in a PBS NewsHour special on Black women in country music.

Julie is currently on tour with the Black Opry Revue, a collective of Black artists in country, Americana and blues music who are seeking to bring racial equity to country music.

Following her tour, she is bringing her music to Tampa with a hometown show at the Attic on November 25.

“This will be my first hometown show as a touring artist,” Julie said. Tickets can be purchased online, here. Look for a feature article on Julie in an upcoming issue of the WOW.