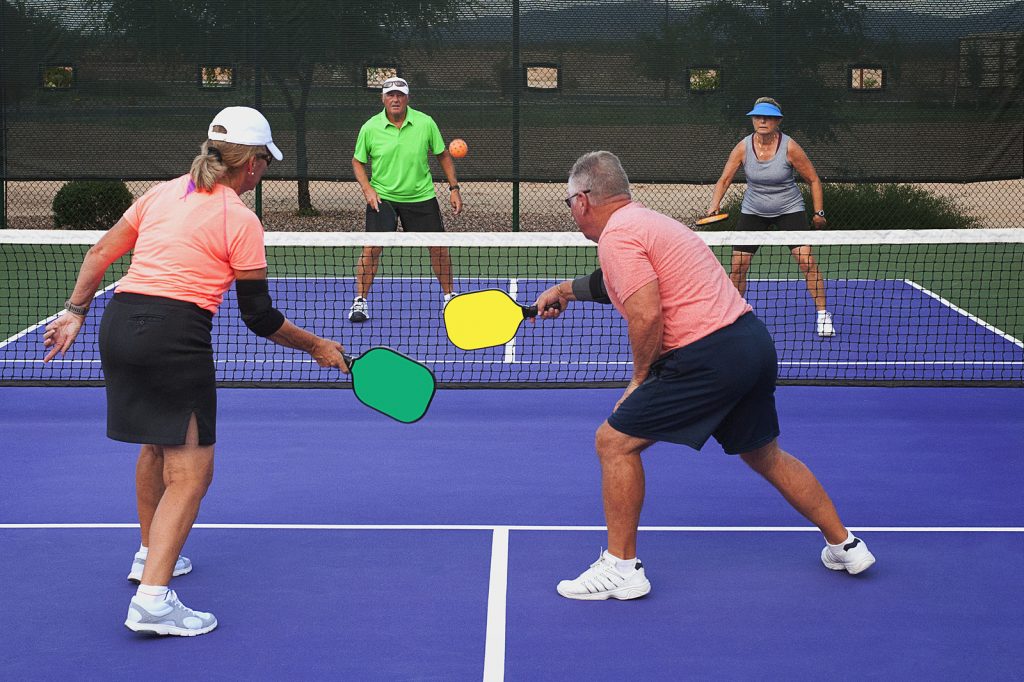 The Nov. 14 WCA Board meeting saw directors approve the renewal of the swim team’s contract for the use of Westchase pools and the repainting of two tennis courts for dual use as pickleball courts.

During the Resident Forum at the beginning of the meeting, one resident asked directors to approve the addition of a 3.5 USTA ladies tennis team and another was on hand to repeat his request for a pickleball court. Later in the Westchase Community Association (WCA) meeting directors voted unanimously to approve both requests. Directors also approved a budget of up to $2,000 to convert Tennis Courts 1 and 2 at the Westchase Swim and Tennis Center on Countryway so that both pickleball and tennis can be played on them. The cost includes painting lines and purchasing removable nets.

Board Treasurer Ruben Collazo reminded directors that when they renegotiated the contract with GPI, the HOA’s management company, the negotiations included a $125 decrease in the cost of homeowners’ estoppel fees, which are charged and collected at the closing of a home’s sale. He said that since the change in February 2018, Westchase homeowners had saved $59,750 in estoppel fees. On a separate note, he added that he thought the association would be ending this fiscal year with a $91,000 surplus, which would be applied to the 2021 assessment.

All voted in favor of Government Affairs Committee (GAC) Chair Rick Goldstein’s nomination of Eric Holt to the committee. Goldstein said he would be meeting with TECO to discuss streetlights in the neighborhood.

Modifications Committee Chair Dale Sells told the board that his committee had made a mistake and had approved a Woodbay homeowner’s fence modification request. He said the homeowner had replaced the fence before the committee realized their mistake. Sells, who also serves as a WCA Director, made a motion that, based on the committee’s error, the homeowners at 9806 Woodbay be allowed to retain the fence and not be held in violation but that any future changes would need approval. All voted in favor.

Community Association Manager Debbie Sainz said that resurfacing of the tennis courts had been postponed because of rain. She also said there would be a concert in West Park Village on Dec. 6 and another Movie in the Park on Dec. 13.

Directors voted 6-1 to approve Pipeline Swimming’s contract with Director Michele Del Sordo casting the dissenting vote because she did agree with Pipeline’s change to make the contract open ended with a clause that either party could terminate the contract, without cause, with 14-days notice. Del Sordo said she did not want the board to overlook how the program was performing.

WCA President Shawn Yesner said he liked the contract because a new board would not immediately be faced with renewing a contract. Sainz said she could include reports from Pipeline in the Directors’ meeting packets and Pipeline’s representative said he was happy to give updates at any meeting.

Directors reviewed the participation numbers for the early bird swim program. Based on attendance reports five to seven swimmers typically attend the program at the Swim and Tennis Center on Countryway on Mondays, Wednesdays and Fridays but only one person on Saturdays. All directors voted in favor of removing the Saturday slot but adding one on Thursday morning based on available staff.

Directors voted 6-1 in favor of year end gifts for staff and non-staff with Director Heather Greeley-Hessefort casting the dissenting vote because she said she had concerns about bonuses based on tenure instead of performance.

Yesner reported that the wrong voting member election ballot had been sent out to some homeowners and that the WCA would be sending out the correct, approved ballot. Directors discussed what should be done for the homeowners who had received the incorrect ballot and may have already sent their vote in. Greeley-Hessefort suggested contacting the homeowners who send in the incorrect ballot and asking them to vote with the new ballot. All also agreed that a message should be included with the new ballot specifically stating that homeowners needed to vote again. Yesner said he would consult with the WCA’s legal counsel to determine what should be done.

Sells concluded by asking that everyone encourage residents to return the homeowner survey that was sent out with their assessments.

Note: As this meeting occurred after the print deadline for December’s WOW, it will not appear in that edition.