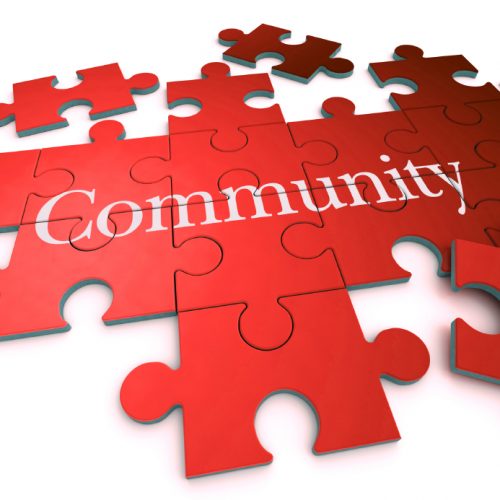 The Feb. 9 meeting of Westchase Voting Members saw a county presentation on sidewalk repairs that offered some unfortunate news for those awaiting fixes.

Within Westchase, homeowners do not own the portion of property in the front of homes consisting of the sidewalk and the grass between sidewalks and the road. The county owns this right-of-way in non-gated neighborhoods and the Westchase Community Development District (CDD) owns it in most gated neighborhoods. Those entities are responsible for sidewalk maintenance.

Tavernari showed an extensive log of sidewalk complaints the county maintains, which it uses to prioritize repairs. “We have a very extensive backlog of repair requests,” he stated, “that we are slowly chipping away at.”

“If I was to put a dollar amount on this backlog,” Tavernari estimated, “you’re looking at roughly between $100 to $110 million.”

Tavernari then revealed the main cause of the backlog. “Annually, with our budget, we only get about $3.5 million per year.” Tavernari stated that the transportation sales tax, which is currently tied up in a Florida Supreme Court challenge, was going to allow this number to be raised to $11 million in total funds for sidewalk repairs but that is now off the table. “We really needed that extra $8 million in funding for this program,” he said.

Tavernari stated that the county assigns problem sidewalks into neighborhood groups to facilitate contractor mobilization efficiencies. He added one of the significant costs to sidewalk repairs involves adjacent trees, which usually need root pruning or, in some cases, removal. Removing a 30-inch caliper tree, he observed, can run $5,000-$6,000. As the result, the costs of handling trees consume as much as 30 percent of the sidewalk repair budget. Yet, because of the popularity of trees and their shade canopies with residents, the county strives to preserve as many as possible.

Tavernari then detailed the county’s current five year sidewalk plan, which showed The Bridges and Kingsford receiving repairs in 2022 (the county’s fiscal year begins in October of the prior year), with the balance of The Fords (except Brentford) slated for 2024. “We are trying to spread the $3 million we have across the entire county,” he said.

That timetable represented bad news for Westchase. At the end of Tavernari’s presentation, GAC Chair Holt observed that the sidewalk schedule the county previously gave him, which ran in January’s WOW, included more Westchase neighborhood repairs occurring at a quicker pace. Under the previous schedule, sidewalks in portions of The Bridges were scheduled for repair this year and sidewalks in The Fords and in non-gated villages off Countryway Boulevard were to follow between 2022-2025. Tavernari’s new schedule had removed the Countryway village sidewalk repairs completely from the county’s current five-year plan.

Tavernari stated, “In the last three months, we started getting cost estimates.” He stated that costs related to trees had gone up. “It starts chewing into your project fund,” he said, pushing some repairs later than the project schedule.

Holt observed it might be cheaper for the county to hire its own employees to cut trees. He added to VMs about the new delays, “It illustrates the extreme importance of getting some kind of new surtax passed if we want sidewalks fixed.”

Tavernari agreed. “We were really counting on that surtax,” he said. “We really need the funding.”

Holt thanked Tavernari for the presentation, which, he stated, helped provide perspective for those who wonder “why isn’t it getting done?”

Greeley-Hessefort then introduced the only new business item, a proposed amendment to Chelmsford’s guidelines that would permit in that village insulated aluminum roofs for screened enclosures and patios, provided columns are wood, aluminum or concrete, while still maintaining a restriction against aluminum pan-type roofs. That amendment, which will be considered a second time in March, passed with support of all VMs present except VM Jeff Clemente (WPV Townhomes).

When VM Dawn Gingrich (The Bridges) inquired about Holt’s preferred process for addressing dilapidated utility posts, he confirmed that residents should make the first contact. He previously detailed residents should reach out to either Frontier Communications at (800) 921-8101 or Spectrum at (833) 267-6094 and note the request date of their request and any assigned case number. If your service provider fails to respond to the inquiry or does a poor repair job, residents can ask Holt to escalate the matter by emailing him at eh.westchase@gmail.com.

Greeley-Hessefort concluded the meeting by reminding VMs that the deadline for WCA members to apply for the two current openings on the WOW Board of Directors is March 3. “We would love to see more applicants for the WOW Board,” she said.

Editor’s note: A typo in the repair date for The Bridges in the original version of this article incorrectly listed last year as the year The Bridges sidewalks are currently scheduled for repair. The actual estimated repair year is 2022. The above version of the article now reflects the date correctly. The editor regrets the error.