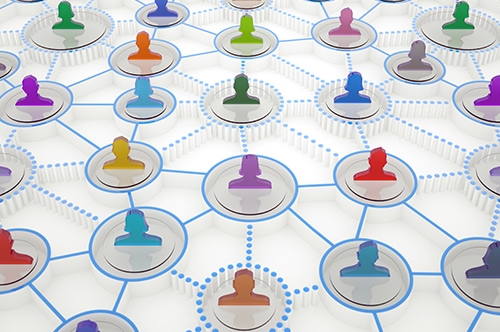 The Nov. 10 meeting of Westchase Voting Members saw a presentation about safety improvements on Sheldon Road.

Speaking to VMs were Westchase residents Lisa Silva, Principal Planner with the MPO, and Paula Flores of Transportation Planning. 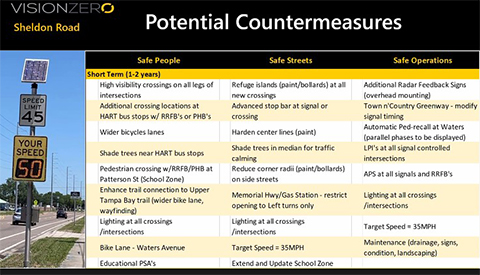 Both went over results of a recent MPO survey about safety on Sheldon Road that hundreds of Westchase residents completed. Silva, who described Sheldon Road between Waters and Hillsborough Avenues as one of the eight most dangerous corridors in Hillsborough County, said the road segment saw 912 crashes with eight fatalities and 19 incapacitating injuries between 2014-2018. After surveying residents, the MPO, as part of a program called Vision Zero, put together a series of recommendations to improve safety for pedestrians, cyclists and vehicles on that stretch.

They stated the proposals would undergo further review at the MPO before presentation to the county. They advised that implementation, given the county’s need to review, plan and fund the improvements—the latter posing the greatest challenge—means that any changes likely lie several years in the future. They added that the county, however, is responsive to residents’ calls for action. “You are very good at recommending things to the county,” Silva said. “Let your commissioners know.”

Government Affairs Committee Chair Eric Holt then briefed VMs on recent developments. He stated he was investigating which company was responsible for repairs to small, dilapidated telecom boxes in Westchase, which he stated, appear to belong to Frontier. “So far they seem fairly responsive,” said Holt. “I think they’re going to get us [a contact] to hand out to VMs and then the owners.”

Holt also said that the county completed some recent grinding of uneven Westchase sidewalks. “They’ve got a $62 million backlog in the county,” Holt said of sidewalk maintenance. “They get about $3 million annually to get to the work.”

Holt, however, added, “Work is going to begin on our sidewalks during fiscal year 2021.” He added he had received a list of sidewalks and maps covering The Bridges, The Fords, The Shires and villages on the west side of Countryway Boulevard. He stated he would forward the list to VMs and asked they review the specific areas and make sure than any oversights are brought to the county’s attention so that no needed repairs are missed when the work is done between 2021-2025. “We’re fortunate in a sense to have this work planned for this area of Westchase.”

VMs then unanimously approved new village fence guidelines for The Shires, Chelmsford and Woodbay, the first of two required votes VMs must hold on the changes.

Addressing VMs, Director Joaquin Arrillaga, Chair of the Master Plan Committee, stated his committee had compiled a resident survey to discover ideas for improvements to Westchase’s programs and facilities. “Participating is crucial so the board can have direction,” said Arrillaga, who added he hoped to hear from hundreds of residents before the board makes its report in January.

The survey can be found here: https://wowmagazine.survey.fm/2020-master-plan-survey

Residents can also make suggestions by emailing the committee at westchasemasterplan@gmail.com.

Concluding the meeting, Association Manager Charlotte Adams asked VMs and residents to make their nominations for the Nathan Lafer Good Neighbor Award, which recognizes good neighbors who help and volunteer simply because help is needed. The deadline for nominations is Dec. 3 and the form can be found at https://westchasewca.com/documents_and_forms/category/current_wca_vm_news_items/.