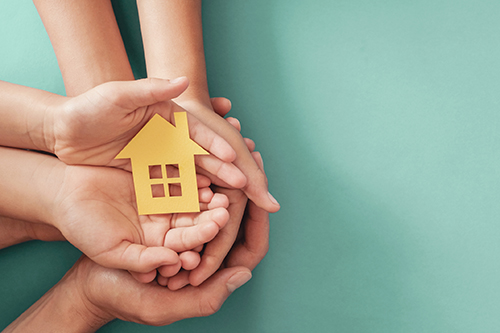 At their July 8 meeting the WCA Board established a Document Review Committee to review and update Westchase deed restrictions and guidelines and are looking for interested residents to join the effort.

Westchase Community Association (WCA) Directors began their meeting by hearing from residents who were appealing fines for unresolved deed restrictions.

Directors tabled one homeowner’s fine regarding house discoloration to give his painter time to find a dry day to paint the house and waived the fine for another because he had already removed the house numbers that were inappropriately painted on the curb in front of his house.

“When I reapplied, I figured there was some mistake (since it was denied). When I went into office and asked why, I was told the fence was not up to code. I asked them to make an exception and was told they could not.” The individual added, “I went around my neighborhood and looked at other fences and found that there were others in the neighborhood that were just like mine, but the association said they weren’t going to enforce the other homes but were going to enforce mine. Thirty-two percent of homes in West Park Village have violated the fence [rule] the same way. They are identical homes that share the same features and have the same fence as mine and I was told that those were exceptions.

WCA Director Dale Sells, who is also Chair of the Modifications Committee, said, “You are correct the modification from last summer was approved in error. It was a mistake. Those approvals have a 60-day term. You were right to apply again, and that one was denied.” Sells added, “If you’ll provide a list to staff, they will go out to look at the other fences. If it is something that was part of original construction, that is something that was grandfathered in. My problem is that your solution—when you were told not to put up the fence—was to put up the fence.”

The homeowner responded that he knew the fences were not part of original construction and that he was sorry that he had not pointed them out originally, but he was afraid if he did so, “letters would go out to other homeowners to take down their fences and I wouldn’t get to put up mine.” He reiterated that he felt like he was being singled out. “I made the HOA very aware of the other fences and was told we’re going to hold your fence in violation, not the others.”

Director Joaquin Arrillaga made a motion to sustain the fine. Director Eric Holt asked if Community Association Manager (CAM) Debbie Sainz would like to add any information. She said, “We would never tell a homeowner that we would enforce one violation and not another.”

Government Affairs Committee (GAC) member Rick Goldstein reported that he was still working with the Westchase Community Development District (CDD) and United States Department of Agriculture (USDA) to solve the vulture problem that is plaguing the Stonebridge and Sturbridge neighborhoods.

All directors voted in favor of GAC Chair Holt’s recommendation to take a formal position in favor of the Westchase CDD’s proposed cell tower project at Glencliff Park.

Hillsborough County staff have held up the cell tower project by refusing to put it on the Hillsborough Board of County Commissioners meeting agenda for approval. The CDD attorney has speculated that county staff foot-dragging is due to the opposition of a handful of Westchase residents. In recent months CDD supervisors have made a push to illustrate to the county that there is widespread support for the tower to improve cell coverage in villages near the park and recently decided to reach out to the WCA to solicit support for the effort.

All WCA directors voted in favor of appointing Village Greens resident Bradley Lloyd as an alternate to the Modifications Committee. All also voted in favor of appointing Directors Jim Brinker, Sells and Holt to the Document Review Committee, which will be reviewing and compiling suggested changes to Westchase governing documents. The committee is asking for volunteers from the community; interested WCA members can reach out to Association Manager Debbie Sainz at manager@wcamanager.com.

All directors also voted in favor of Holt’s motion to start the Request for Proposal (RFP) process for bathroom renovations at both swim and tennis facilities. Director Arrillaga and he will inspect the facilities to see what renovations need to be incorporated.

All directors also voted in favor of accepting the bid from Done Rite roofing (which included a discount for mentioning their ad in WOW) to install a new roof at the pool equipment building at the Westchase Swim and Tennis Center on Countryway Boulevard and to pay for an independent inspection after the project is completed.