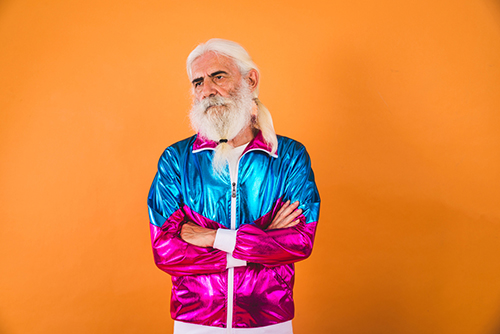 Wesley T. Chase, whose purchase of ranch land and its development into a master planned suburban community remade Northwest Hillsborough County in the 1990s, has died after a prolonged illness, according to his family.

“I guess you could say he’s headed to that great big HOA office in the sky,” said wife Diamond, 43. “It wasn’t from Covid,” she quickly added. “And no matter what his sister says, Wes didn’t die of asphyxia or get pushed down the stairs either.”

“When we broke ground,” Chase recalled in his 1,262-page autobiographical Westchase: A Painstakingly Detailed History, “the only things representing civilization out this way were the Oldsmar Flea Market and the Twistee Treat on Hanley Road.”

Chase, 83, purchased the ranch land that became his namesake community in the early 1990s. He then single-handedly laid out the streets and designed the rules that governed the construction of all Westchase homes. “I was a bit obsessive, I guess you could say,” Chase observed in a 2003 interview with WOW.

When asked the purpose of plant shelves, Chase decried the rumor that they were simply meant to save money on paint. “Plant shelves were smartly incorporated into all Westchase homes for two practical reasons. They offer a comfortable loft-like sleeping experience for owners’ children after they go off to college and their parents convert their bedrooms to a workout rooms.” He added, “Plant shelves are also constructed to carefully collect dust, keeping the rest of Westchase homes remarkably free of it. That’s a well-known fact.”

“Oh, and for me nothing says ‘welcome home!’ more powerfully than a front home façade dominated by a large metal garage door,” he said. “I guess you could say I just wanted to share my little, old idea of suburban paradise with everyone.”

When asked why he chose the name Westchase rather than a more traditional Florida suburban name like Panther del Mar or Squirrelhump Palms, Chase responded, “Since the community was my personal dream, it was only natural that I name it after myself,” he added. “We even originally spelled it Wes T. Chase, but the all the Realtors kept mashing my name together when they weren’t busily telling all the early buyers the CDD would eventually go away.”

“I just never dreamed I’d get so popular that everyone around here would start calling themselves Westchase,” he added. “It’s certainly been a 180-degree turn from high school when even some of the meaner girls beat me up because of my argyle socks.”

Chase is survived by his wife Diamond and his daughter, Water, an estranged child from his first marriage.

There will be no memorial services. Following cremation, Mr. Chase’s ashes will be distributed across Westchase during the next Hillsborough County aerial mosquito-spraying flight.

This article is satirical in nature and is intended for entertainment purposes only.