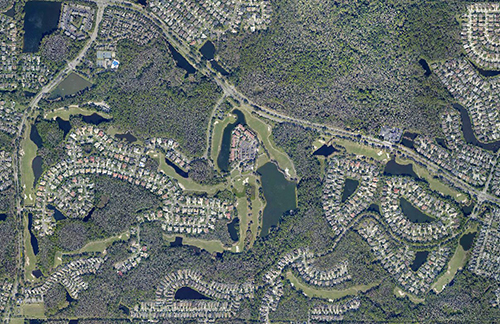 At the Oct. 5 CDD Meeting, Westchase CDD supervisors learned that Westchase Golf Course owner, Nick Neubauer, in reaction to some supervisors’ questioning of his motives, had taken his offer for a perpetual conservation easement for the course off the table.

The announcement led Supervisor Greg Chesney, who had worked to negotiate the easement agreement with CDD Attorney Erin McCormick, to read a frustrated statement into the record.

In recent months, CDD Supervisor Brian Ross had staunchly opposed the document, with support from Supervisor Forrest Baumhover. Chesney and Supervisor Jim Wimsatt had expressed support for the easement agreement while CDD Supervisor Matt Lewis had stated he was unsure how he would vote.

Voting for or against it, however, is no longer an option.

“This board’s inability to get past itself has disadvantaged the entire community,” said Chesney. Chesney described Neubauer’s easement offer as a win-win that would “remove any possibility of future development” of the course, a position with which Ross had disagreed. “[It was] a conservation easement,” Chesney added, “that was prepared by an attorney that specializes in conservation easements and vetted by our own legal counsel, an experienced and qualified land-use attorney in her own right.”

Chesney continued, referring to the district’s prior unsuccessful attempt to buy the course. “Now, several years later, we stand in the exact same position with absolutely no control over what may happen to that parcel simply because we could not check our own hubris…The CDD was the right entity to hold the conservation easement as we have a vested interest in this community. Now we simply pray for the best.”

Chesney concluded by challenging his fellow supervisors to tackle other projects that have seen slow progress over the year – improved athletic facilities, an outdoor community space on a parcel behind the large lake beside Westchase Elementary, and the renovation of the West Park Village belltower area – with the same attention that they paid to the golf course.

No supervisor responded to his statement.

McCormick concluded the matter by stating, “I spoke to the golf course owner maybe a week ago or so. At this point, he has said that he is pursuing another option in terms of the golf course easement.”

“We’re not really privy as to what he’s going to do,” said Chesney.

Opening the meeting, CDD Engineer Robert Dvorak stated he had arranged a Nov. 18 meeting with SWFTMD for review of a wetland designation survey for district-owned land behind the library. That parcel has been identified, in part, as the location of a future cell tower. He stated he was also working to acquire a permit for creek work behind a home whose yard sees regular flooding from it.

In her report, McCormick stated that The Enclave was close to approving a street light agreement with the district which would allow the district to still assess Enclave homeowners for the lights’ maintenance.

Making his report, District Manager Andy Mendenhall stated he had spoken to three possible arborists who could review the district’s current street tree plan. He asked supervisors to offer their goals for the review.

“I would like to have a workshop and talk about it,” said Supervisor Lewis.

When Supervisor Baumhover asked Field Manager Doug Mays for his input on the tree plan review, Mays declined, stating he would rather the arborist work independently or with a board member. “I want to try to be more cautious in what I say,” he stated. Mays added that requests from homeowners to pull street trees had declined to near zero since the district declined to pay for their removal going forward.

Office Manager Sonny Whyte also stated that district staff is working with the Westchase Community Association, which could potentially look at changes to the association’s governing documents regarding homeowner permission to address street trees, which lie, outside of gated neighborhoods, on the county owned right of way.

Supervisors agreed to hold an Oct. 19 workshop, beginning at 4 p.m. at the Maureen Gauzza Library, to share their input on the plan review and hear from the community before inviting the arborists in to discuss the goals for the tree plan in November.

With Mays and Whyte stating they planned to attend a county-hosted street tree webinar, Mays added the county is supporting the removal of street trees. Whyte concluded that she had recently heard from a homeowner who supported keeping a street tree that was buckling a sidewalk but when he requested permission to replace his sidewalk, the association responded that sidewalks were a county matter. She added it was a reminder that the district should address sidewalk impacts as it addresses maintaining street trees.

Mays also suggested phasing out the bar code entry system for The Greens gatehouse and relying on the more popular clickers instead, citing the difficult of finding repair parts for the barcode system and the cost for its maintenance. “I would think it would save the community a lot of money in the long run,” he stated. Supervisors asked staff to run the suggestion by The Greens and Village Green voting members before implementation.

Supervisors also wrestled with a request from the Saville Rowe Voting Member to put down a road sealant on the district-maintained roads in the neighborhood, which were last repaved eight to nine years ago. Field Supervisor Mays, however, stated he had consulted ACPLM, which advised the district not to use the sealant on any road older than one to two years. “He doesn’t think it’s going to cover properly,” said Mays, adding the contractor stated the sealant won’t last long, despite it’s $3,200 cost. When supervisors asked the cost of repaving the roads, the engineer estimated $33,000 and the $3,200 sealant cost would eat up two years of the neighborhood’s road reserves, which, without the expenditure, will have the funds for repaving in 2029. Referring to other districts he manages, District Manager Andy Mendenhall cautioned, “We’ve had a few sealant projects that have been disastrous.”

Stating he had worked with ACPLM and respected their work and opinions, CDD Engineer Dvorak stated, “If ACPLM gave you advice, I would follow it.”

Ultimately supervisors asked staff go back to the Saville Rowe board of directors and request a passed board motion indicating their support for the expenditure.

Concluding, Supervisor Jim Wimsatt stated a number of residents had asked what they could do to assist the district in moving the two proposed Westchase cell tower approvals along at the county level. “If they could submit a letter to the district, we can get it to the county,” said CDD Attorney McCormick. Adding residents should address the letter to the district and Hillsborough County, McCormick added, “The county staff is collecting all of the feedback.”

Seven Spots for the Perfect Picnic in Tampa Bay