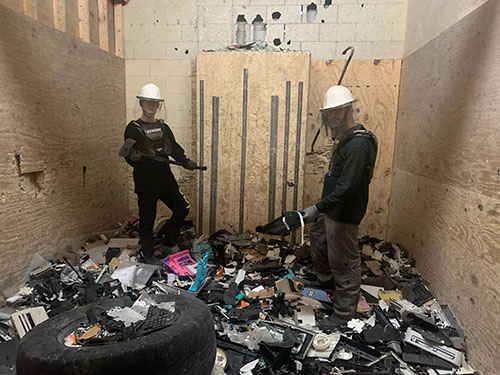 Whet Your Appetite for Destruction at the Smash Room of Tampa

Have you ever fantasized about going to a place filled with glass or other breakable items and simply destroying everything within reach without being arrested or committed?

If so, there is a place where that fantasy can come true: Smash Room of Tampa!

Located in a warehouse space on Nebraska Avenue, the Smash Room provides customers with a safe opportunity to hit, shatter and pound almost anything that you could imagine for a nominal fee. For $50 per person, you get half an hour to smash approximately 40 breakable items along with two standard “big items.” You can pay extra to add additional people, items or time to your session.

The Smash Room, which opened in 2018, is based upon the Japanese concept of a rage room, which is a place where people can pay to vent their anger by destroying random objects, according to site manager Jessica. She explained that rage rooms made their way from Asia to the western United States, and now exist across the country. The Smash Room is the only business of its kind in Tampa.

My husband, 16-year-old son and I visited the Smash Room on a Saturday afternoon. We had booked a reservation online, and checked in with Jessica when we arrived. After we signed liability waivers, she provided us with ample protective gear, including a hard hat with a plastic face shield, protective rubber boots, a chest plate and thick gloves. Participants are required to wear long-sleeved shirts that extend to the wrist, ankle-length (or longer) pants with no holes or bare skin exposed, socks that cover the ankle and closed-toe shoes. 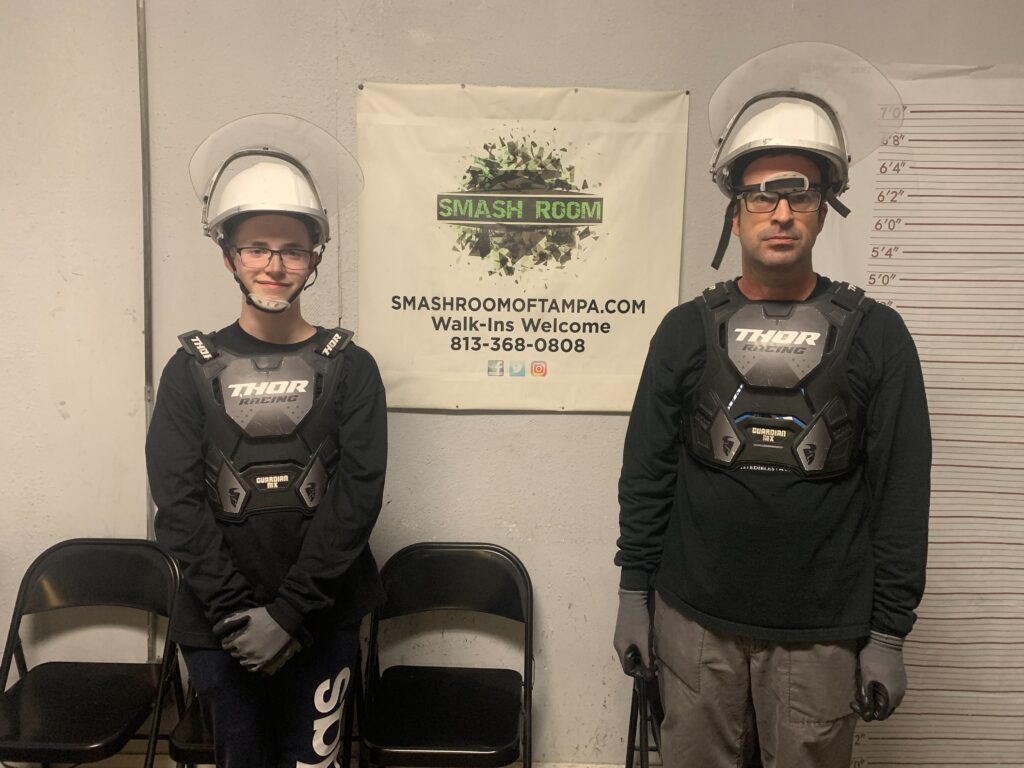 Jessica asked us whether we wanted to give her one of our phones and select a playlist of our choosing for our session, or we could simply request a musical genre and she offered to supply the tunes. My husband and son were feeling indecisive, so I opted to have her play 1980s alternative music. What better soundtrack for destruction, right?

Jessica led us to a room in the warehouse with walls constructed of plywood. The concrete floor was partially filled with a variety of glass, plastic and ceramic items in various stages of brokenness. In the center of the room, there was a stack of three large tires, with a children’s car seat in front of it and an old computer printer on top. There was a bin in the corner that held golf clubs, baseball bats, crowbars and axes, and plastic milk crates on the floor filled with drinking glasses, ceramic vases, plates, figurines and a number of other fragile items.

The music started playing through a speaker in the corner of the room, and we were left to our own devices. We were hesitant at first, and unsure of how to begin. I encouraged my husband to select a tool from the bin, and he picked up an axe. He carefully pulled a ceramic plate out of one of the milk crates, placed it on top of the printer and hit it with the axe. The plate shattered into pieces and fell to the floor, adding to the existing scrap pile. We then took turns using various tools to destroy the printer, which was surprisingly resilient, and quickly emptied the first milk crate of breakables. My son used a baseball bat to destroy some glasses and a vase, and I picked up a golf club and smashed some plates. My husband threw a glass in the air and smacked it with a baseball bat, sending shards flying to all corners of the room. 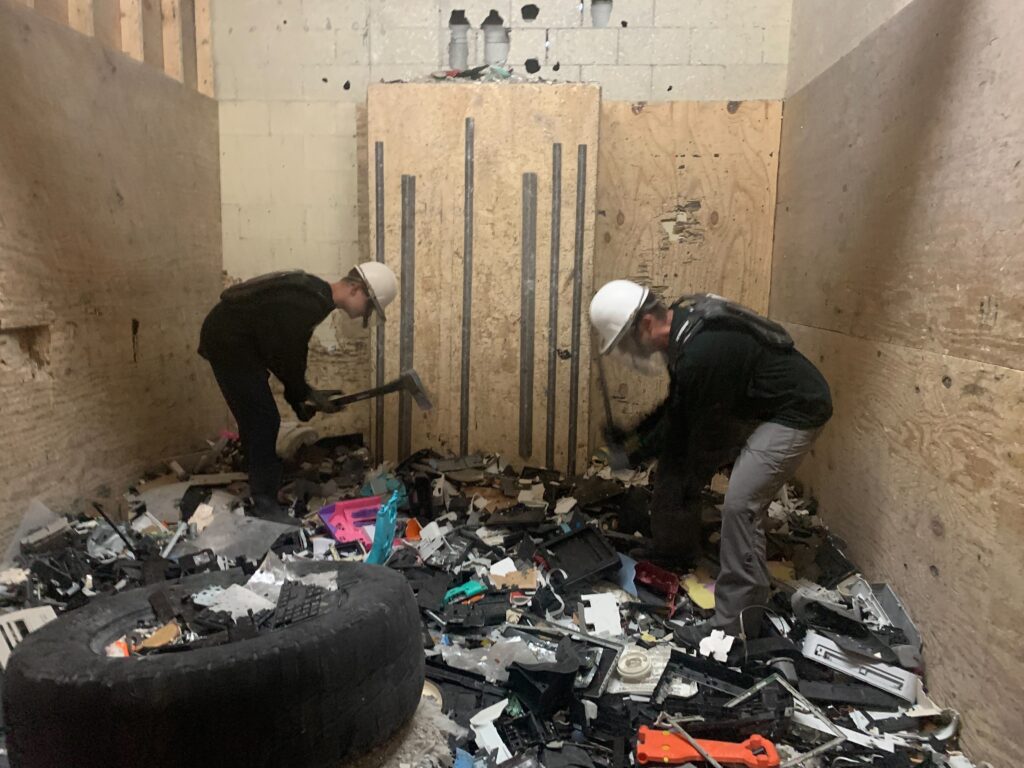 When we had completely emptied both milk crates, the three of us took turns trying to damage the car seat, which was seemingly indestructible. Then we went through the heap of things on the floor, picking up items which hadn’t been completely destroyed and did our best to break them into increasingly smaller pieces. Eventually, the music stopped, which signaled the end of our 40-minute session. We were sweaty, exhausted and oddly satisfied when we were done.

The Smash Room is open seven days a week. The owners hope to offer a mobile Smash Room experience in the near future. Visit their website at smashroomoftampa.com or follow them on social media for prices, policies, or to book a session.