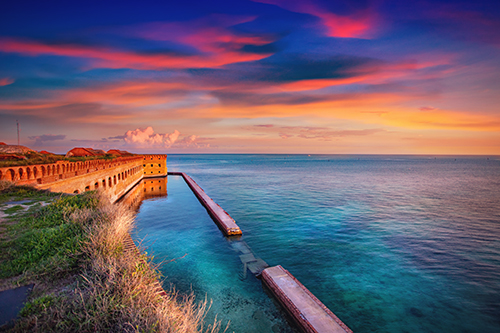 Seventy miles from the mainland lies history set in paradise.

Summer has passed and the kids have returned to school. Carefree days have given way to academics and sport schedules. Summer trips are memories fresh in our minds. Have you begun planning your next trip? Dry Tortugas National Park is one for the family adventure bucket list.

Located 70 miles west of Key West, Dry Tortugas is one of 11 national parks located in the Sunshine State. This chain of 7 islands was designated a national park in 1992 and is accessible via seaplane or the Yankee Freedom Ferry. The trip will take you across shipwreck strewn seas through a section of ocean known as the “Quicksands.” Made famous by Mel Fisher in the 1980s when he recovered half a billion dollars of treasure, it is still being dredged by his salvage ships today. You may be lucky, as we were, to pass one on your journey. After two hours of travel, the silhouette of Fort Jefferson is the first indication you have arrived in paradise. After docking, day trippers have four hours to explore, while campers may stay for up to three nights on one of eight primitive campsites. We chose to camp. The planning and strict guidelines proved to be well worth it. The trip is one we won’t soon forget.

After disembarking the ferry onto Garden Key, Fort Jefferson greets 63,000 visitors annually who make the trek to one of the most remote national parks in the United States. The masonry fortress is the largest in the Western Hemisphere, comprised of 16 million bricks. It is a reminder of the rich history of the sand beneath your feet. First visited by Ponce DeLeon in 1513, the Tortugas, or “Isle of Turtles,” was claimed in the 1800s for protecting the Straits of Florida, as they held some of the busiest shipping lanes in the world. Construction on the fort began in 1847 and completed in 1875. It was later used as a prison, with its most notable prisoner being Dr. Mudd. Convicted of treason for setting the broken leg of John Wilkes Booth after the assassination of President Lincoln, he was sentenced to life in prison at Fort Jefferson. After an outbreak of yellow fever, he was credited with saving lives and pardoned. 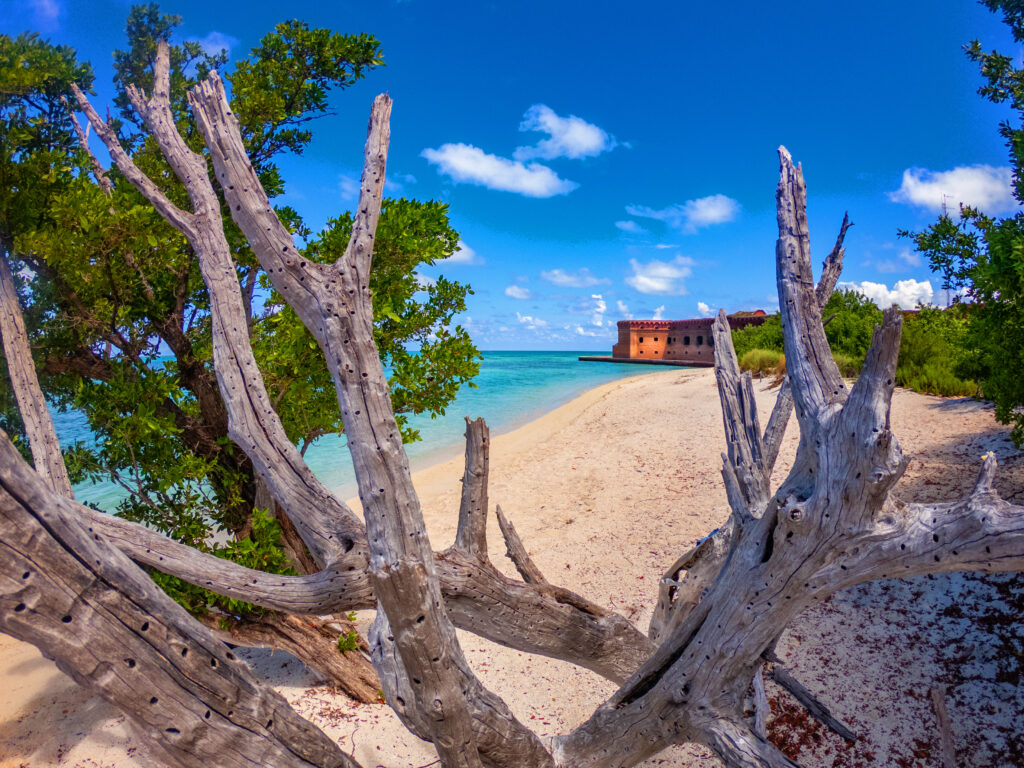 Today, visitors can roam the seemingly endless halls of the fort, stand in the cell of Dr. Mudd and sit on the edge of the expansive windows. Snorkeling along the moat wall or coal pier pilings is a once in a lifetime experience. Parrotfish, angel fish, tarpon and barracuda swim among protected brain coral. Spiny urchin and conch dot the sea floor. Relics from a bygone era, including pottery, plates and glass are waiting to be discovered. Two beaches lie in the shadow of the fort. The benefit of camping is the solitude to be found after the day trippers leave. Watching the sunset 70 miles from civilization while listening to the sounds of the ocean is an experience like no other. When the sun sets, the Milky Way shines brilliantly in the night sky. The campsites are truly five-million-star accommodations. Bird watchers will be in paradise with 299 species documented on the islands. Bush Key, connected to Garden Key, is closed from April through September for nesting protected species, including Sooty Terns and Brown Noddys. The rest of the year it is a sandy oasis littered with conch and coral open for exploration. 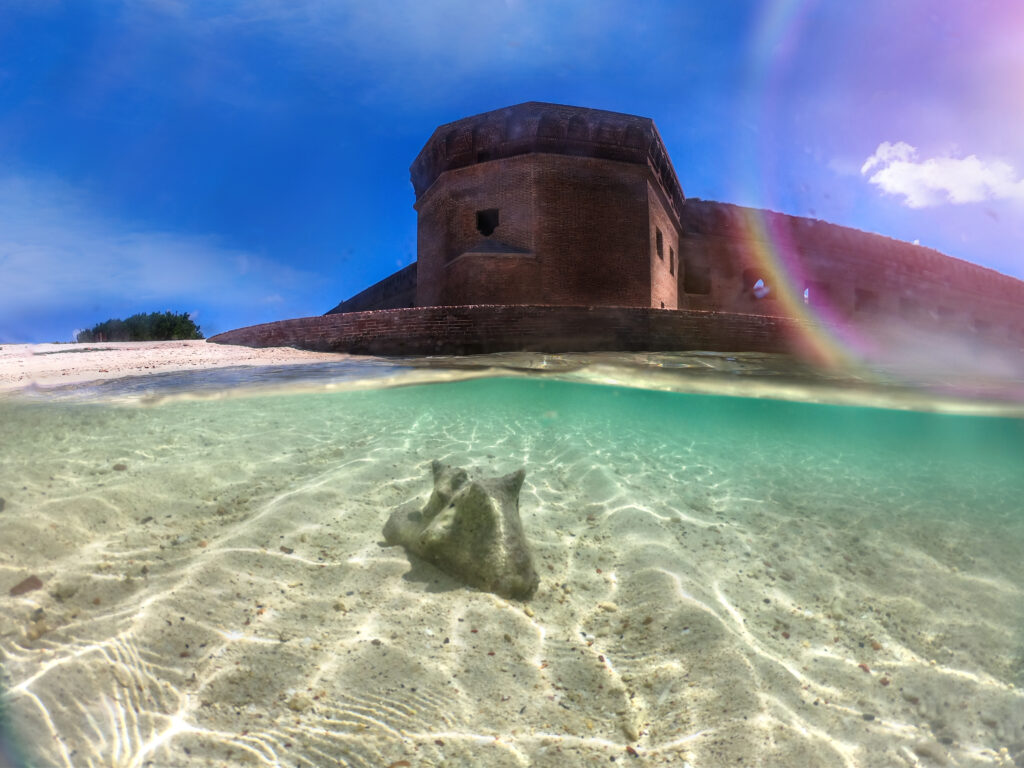 For those willing to make the journey, Dry Tortugas National Park is an untapped gem just waiting to be discovered!