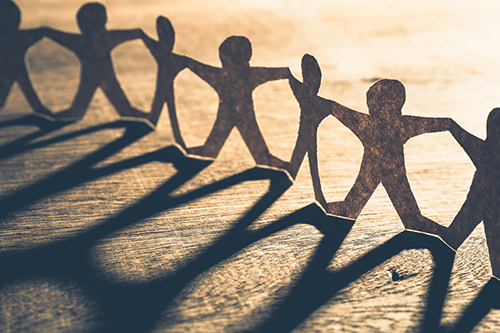 At the CDD’s Dec. 20 workshop the board was presented with estimated costs for the proposed redesign of the West Park Village Plaza. In her briefing with Sonny Whyte, architect Ivy Clinton had explained that some numbers are hard to estimate but she suggested the bids could be broken out into sections to hopefully bring costs down. The fountains represent the largest expense and most important discussion point. Although supervisors agreed that the proposed arched spray fountains certainly have the “wow factor,” they are also the most expensive option and would come with high maintenance costs. 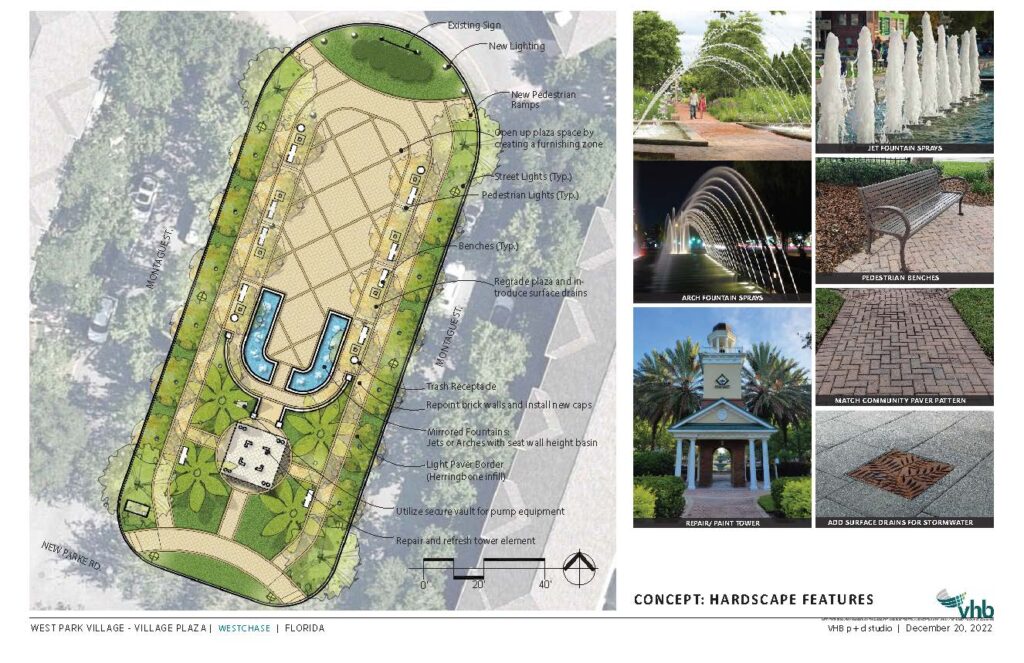 Although the architect allowed for a 15 percent contingency cost in the preliminary costs, Field Manager Doug Mays felt some of the numbers were off, specifically the irrigation costs. After reviewing the proposed costs, the board discussed whether they wanted to move forward with a $1 million project. Supervisor Ross was reluctant to support the project at this amount and asked if residents in the village apartments even wanted the renovations. Supervisor Greg Chesney rebuked Ross’ argument by reminding him that the CDD board was elected to make these decisions and questioned how much decay they should allow before the area is refreshed. Chairman Matt Lewis agreed that improvements had not been made to the plaza for a long time and he hoped that the refresh would attract people to the area. Office Manager Sonny Whyte reassured the board that the new property manager was excited by the plans. She added that based on her experience with other park projects, she felt that the overall cost would come down. Lewis requested the board reflect on what numbers they would like to see so that they could continue the discussion at the next formal monthly meeting on Jan. 10, when a vote could be taken. 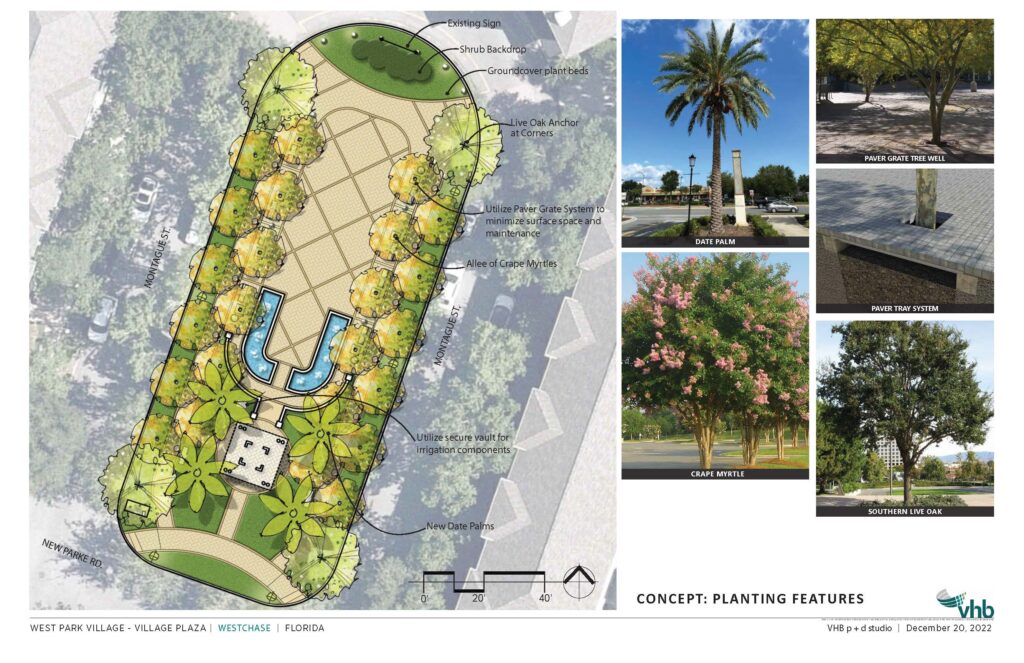 Representatives from the county were due to attend the workshop in order to discuss the possibility of installing a recharge well near Glencliff Park but after receiving feedback that the installation would meet with strong opposition from the neighborhood, they decided to look at alternative options.

Attorney Erin McCormick had feedback from Virtex, the company due to erect the new cell tower behind the library. They are still in ongoing conversations with the county regarding access issues and have asked if the board were willing to extend the commencement date for construction. Ross was cynical about the company’s motives for the extra time and Supervisor Jim Wimsatt agreed that it was hard to evaluate without an idea of how much longer it would be before construction began. McCormick agreed to follow up on the proposed timing and also request a timeline of all conversations they have had with the county.

The workshop concluded with a few follow-ups from Chesney who has recently been in talks with other districts to garner advice and recommendations on their operations. He reminded the board that the community’s landscape contract with OLM was coming up for renewal this year. He suggested that in the current market the board should be looking at a different approach and consider breaking out the contract into separate bids, e.g., inspection service, trees, mulch, etc. Following up on the news from the previous meeting that the CDD’s accounts had been compromised, Chesney asked his fellow board members where they felt the CDD should be banking.  The consensus was that they should be using a local, community bank.